Athlete, Trust God and Do Not Test Him

And he took Him to Jerusalem and set Him on the pinnacle of the temple and said to Him, ‘If You are the Son of God, throw Yourself down from here, for it is written, “He will command His angels concerning You, to guard You,” and “On their hands they will bear You up, lest You strike Your foot against a stone.”’ And Jesus answered him, ‘It is said, “You shall not put the Lord your God to the test.”’ And when the devil had ended every temptation, he departed from Him until an opportune time.

It is easier to identify with Jesus’ first and second temptations — the physical need for nourishment and the psychological “need” to gain control and power. However, the third temptation is not easily identified with. It’s hard to imagine being tempted to jump off a building with no equipment at all.

From the first two temptations, we learned that Satan is a liar. The Bible describes him in Revelation 12:9 as “the deceiver of the whole world.” So it is no surprise that he twists and misuses Scripture now.

Here he quotes Psalm 91 which was mistakenly believed to reference the Messiah. Still, Jesus didn’t bother correcting Satan on his misuse of the text; instead, He rebuffed his attack as He did the first two, by quoting Scripture.

Verse 12 shows how this third temptation applies to us. Jesus cited Deuteronomy 6:16 which makes reference to an incident in Messah when the Israelites quarreled with Moses demanding water to drink (Exodus 17:1-7).

There are several ways in which the Israelites were putting the Lord to the test — they doubted God’s faithfulness and His promise to them, they resisted His leadership by complaining against Moses, they doubted His presence among them based on what His provision was at that moment, and they questioned His perfect will.

While the Israelites tested, or tempted God to supply their need for water, Satan was asking Jesus to put Himself in a position where He would selfishly “force” God to act.

Jesus didn’t use His divine power or anything that is out of our reach as humans, He was filled with the Spirit and with the Word. This same fullness of Spirit and knowledge of Scripture is available to us today and is enough to counter temptation.

Athlete, have there been instances where you tested God? Does the attitude and behavior of the Israelites apply to your life? Have you been expecting God to prove Himself through wins and losses?

Rather than testing Him, believe in what He says. Have faith because of what He’s done for you.

Reflect: Am I seeking God’s blessings rather than His presence? Are there ways in which I have inadvertently been tempting God? How have I doubted His faithfulness? What commitments is God asking of me now that I’ve identified that sin?

Note: There is one specific instance where God says it is okay to test Him (see Malachi 3). 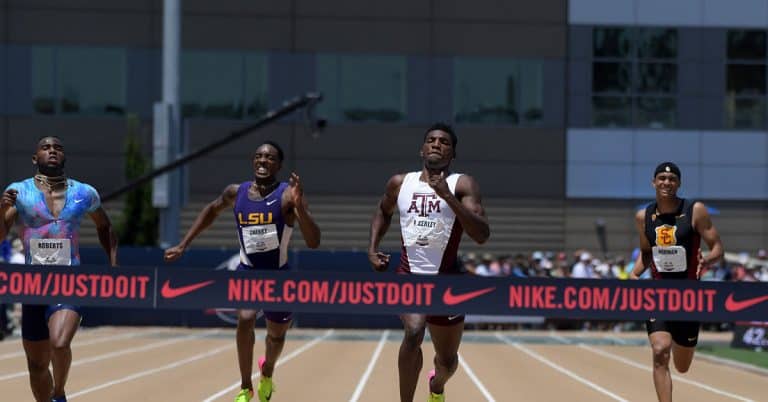 we saved you a seat